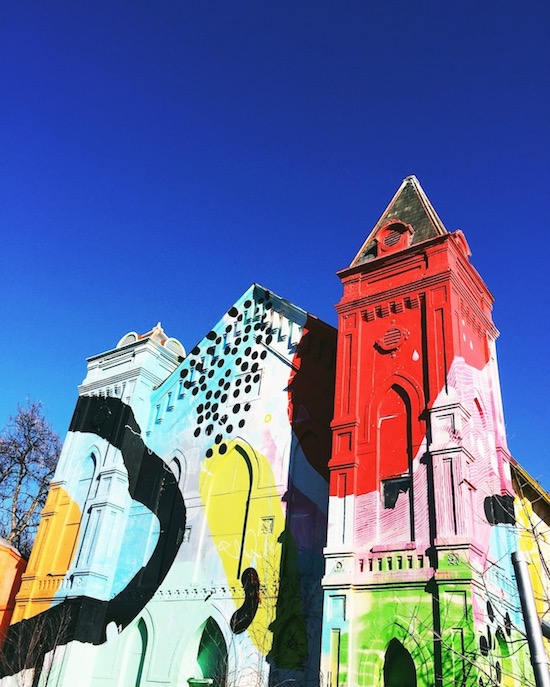 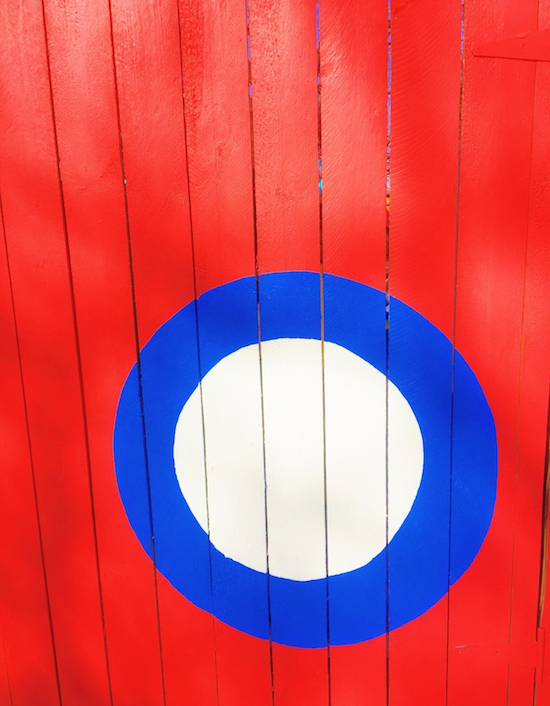 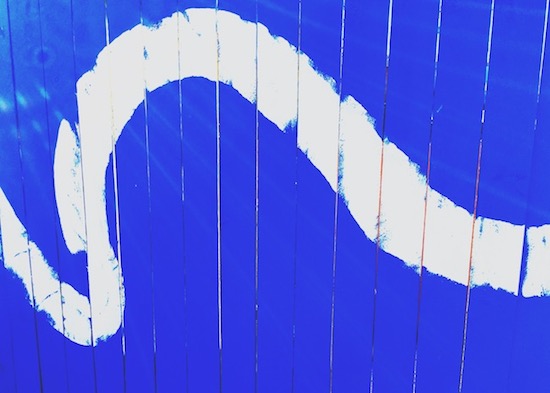 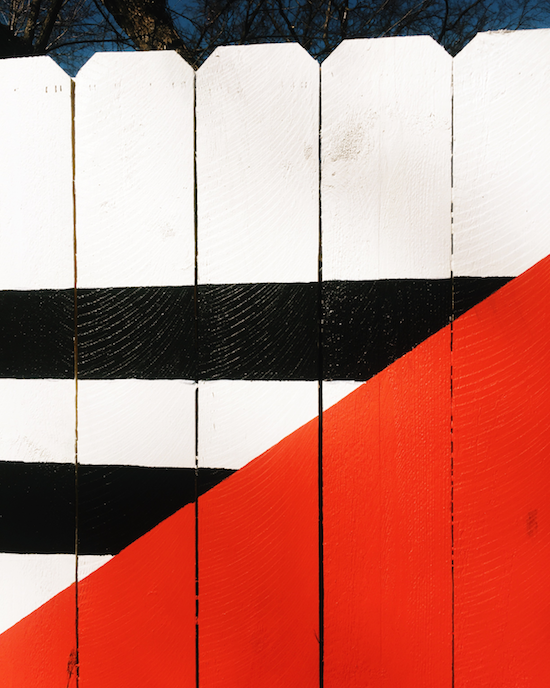 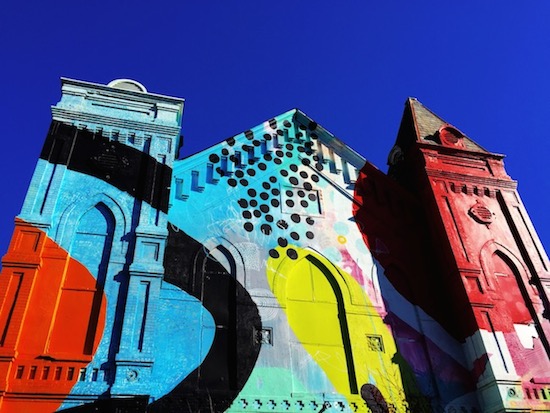 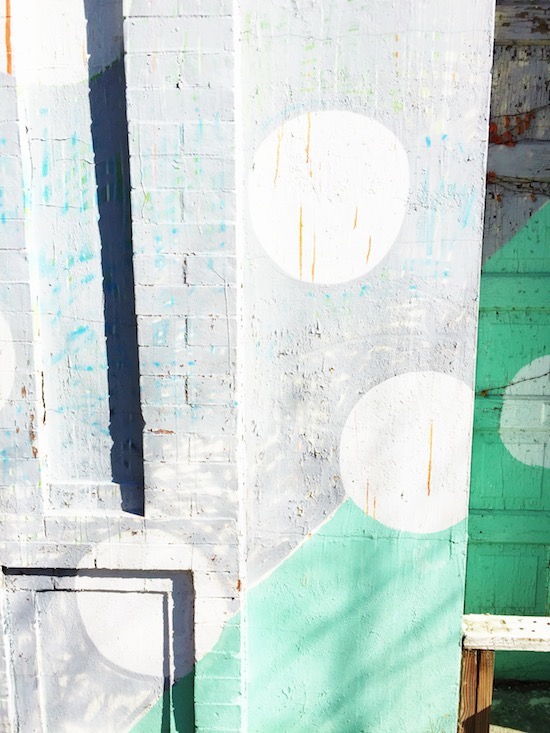 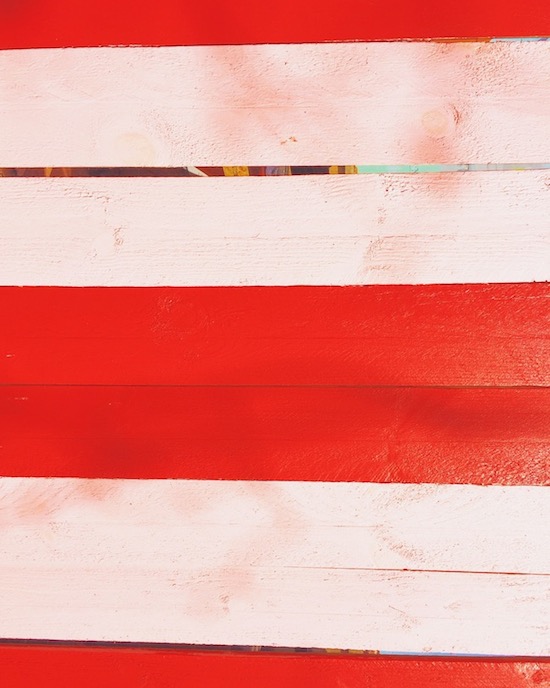 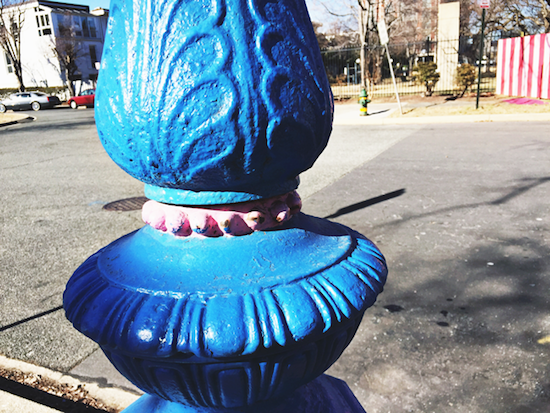 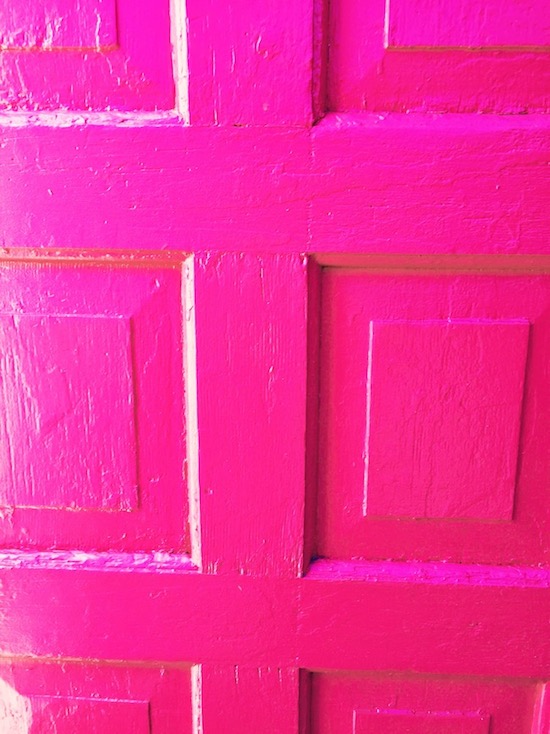 Built in 1886 and home to the Friendship Baptist Congregation for almost a century, this colorful explosion called The Blind Whino in Southwest Washington D.C. now acts as an arts collective and community hotspot. Sweet readers, if you're ever in the area and you consider yourself a fellow color lover, I can assure you it's worth the stop! Interest piqued? Here's a little background info courtesy of Elliot Carter of Atlas Obscura:

During the 1950s, urban planners saw the neighborhood as “blighted” and bulldozed nearly the entire thing to make way for freeways and public housing projects.
According to a 1960 Washington Post article, the District Redevelopment Land Agency bought up 98.5 percent of the area in the mid 1950s, evicted residents and tore down nearly everything, including more than 20 African-American churches. According to the Historic American Building Survey, Friendship Baptist was spared the wrecking ball because “the church’s pastor, Reverend Benjamin H. Whiting, argued that the church was a bedrock neighborhood institution,” and they had just completed an educational center addition.
Historic walls notwithstanding, the Friendship Baptist congregation ended up relocating to more spacious facilities nearby within a decade, and the aging religious house passed through a number of owners before finally closing in 2001. A real estate developer purchased the storied building with the intention of building condominiums and office space, but a 2004 Historic Preservation Board designation blocked the project.
Legally prevented from tearing down the century-old walls, the developer went back to the drawing board and commissioned Atlanta-based painter HENSE to enliven the facade with an artistic intervention. A colorful mural now wraps around the building like a Basquiat meets Jackson Pollock billboard. The psychedelic-looking graffiti continues throughout the interior and has transformed the former nave into a ravey performance space. Downstairs there is space for a gallery of rotating art exhibits, and a portion of the grounds are now used as a community garden. Going strong 130 years in, the newly renamed Blind Whino serves the neighborhood once again, though it now attracts a younger, more bohemian flock.

Not sure when you'll be able to visit this hue-riffic gem in our nation's capital, but you're hungry for more?
Feast your eyes on more of Alex Brewer's work here!! It's the mental escape you deserve on Friday Jr.