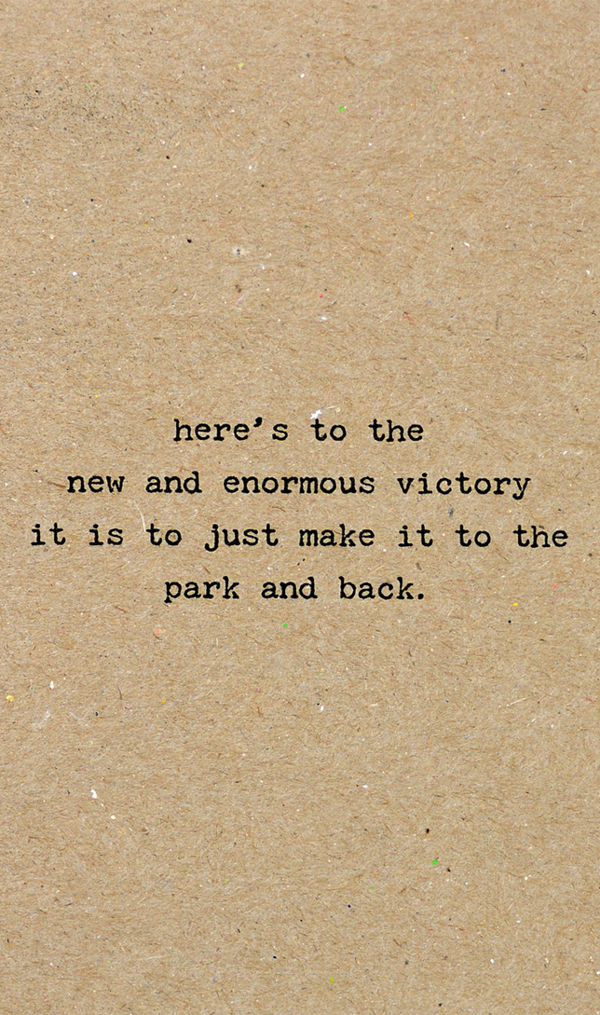 THINKING ABOUT: Last Friday while waiting patiently for Flyboy to get home, I found myself scrolling through Instagram. It was one of those days where by 6 PM I'd given up on adulting and motherhood so I let my child run totally amok. In an attempt to escape through the act of double-tapping pretty pictures, I realized that my bestie (remember, Mindy Lahiri says best friend isn't a person, it's a tier) is 6.5 years old and was somewhere in Atlanta at a trade show. How random?! Ha Ha! I'm talking about Riley Peterson, the creative director behind Little Lux—a collection of jewelry made from neon strings, toy animals, tassels, etc. Squee! I'd seen her pieces featured on various blogs and magazines in the past, but after viewing this photo I knew we were meant to be BFFs by the way she was adorably clad in a gingham button-down, a tulle skirt, and perfectly accessorized with pom-poms and tassels.

THANKFUL FOR: While we're in Missouri, we get the chance to reconnect in St. Louis with friends we haven't seen since we were stationed in Hawaii together. Eek! In the name of bestieship, Flyboy is absolutely stoked to reunite with one of his favorites from Hickam (where the two guys flew C-17s together). A lot has changed since we said "a hui hou" with a round of karaoke in 2013—namely BIG details such as KIDS and jobs. Gulp! I still can't decide what will be cuter, seeing our little boys meet for the first time or watching two grown men catch up over beers and a barbecue?! I think it's going to be one epic reunion.

EATING: Max has discovered the glorious world of cookies. He says the word frequently and will devour the sweet treat as often as I let him. Because I am also VERY obsessed with confections of every variety, I've found that I have to exercise self-control and not give in EVERY time he signs "more" and says cookie in the cutest manner ever. Parenthood is hard. Saying NO to sweets is harder.

WATCHING: All of this week's to-dos have gotten in the way of quality time spent with the DVR. Three days have passed and I have yet to watch this week's episode of The Bachelorette. The fact that it has everything to do with the hometown dates makes me disgusted with myself. Priorities, Ashley. Where's your head?! Because of various social media outlets (Boo!), I already know who went home (Sigh.), but that's okay. Who do you think JoJo will pick? Are you rooting for anyone in particular?!

LISTENING TO: Last Friday I took Max to the childcare center on base so I could work on a few projects and give him a chance to socialize with other kids. It's good for the both of us, right?! More often than I care to admit, I dream about time alone from my kid, but the moment I opt to drop him off, I can't help but miss the goober. Feeling guilty en route to the Child Development Center, I turned into the parking lot and heard a very matter-of-fact "Uh-uh! NO!" come from the back of The Rig. Max has only been to daycare five times, but he knew as soon as I turned left where we were headed and he was not having it. I couldn't help but giggle inside because he uttered those words in such an assertive manner. What did he think, he was going to have a say in the matter?! Ha Ha! Despite having to peel him out of his car seat and escape the death grip he had on my hand, I think we both had a lot of fun.

READING: I pose the following question as though I'm going to have a ton of uninterrupted free time on our road trip to Missouri (I'm looking at you, Maxwell...), but do you guys have any book recommendations? I'm open to anything right now. I do have a few parenting books that I should probably dust off, but I think my brain deserves a vacay as well.
LOVING: Can we take a moment and drool over the snazzy new arrivals at J.Crew?! From the ruffled details to the customized bags and bee-jeweled Tippi sweater, it's ALL so flipping fabulous!! I can't look away, and I honestly don't want to.

P.S. I promise to reply to comments reeeeeeeally soon. I've read each and every one of them. They always make me smile.