A MOM'S GUIDE TO STORAGE

With Max's birthday quickly approaching AND Christmas two months later, I'm getting a mean case of the storage sweats. Gah, that term sounds awful! There's probably a reason no one has trademarked that one. Yikes! I'm sorry I went there, but I'm sure my fellow organization queens feel me. Anyone?! Alright, I'm talking about the panic that sets in when you feel the urge to keep ALL THE STUFF tidy. I've learned quickly that the bigger the child gets, the larger the toys are, and the easier it is to acquire way too much. As a product of the military lifestyle, purging comes second nature to me. From a young age I saw my mom do it regularly. I know it's necessary and needs to be done often to minimize chaos and clutter—especially if there's a kid in the mix! And while I really don't want my obsessive-compulsive tendencies to rub off on my child, I do want Max to know that everything has a place and purpose. It's been especially fun to watch him mature and make a concerted effort to put things away when he's done. In fact, he may even clap for himself once he's returned an item and I like to think that's because he also appreciates organization like his mama. We'll see if he still applauds his efforts when he's a teen. Ha Ha! I have a feeling our days are numbered.

Because the Monica in me could discuss a topic like this for days (but I'll spare you...), I thought I'd share a few tips I've found handy over the past two years in addition to a few of my favorite storage bins and baskets. And away we go...

Alright, I think I've rambled enough for now. If you have any questions or suggestions, throw them my way! 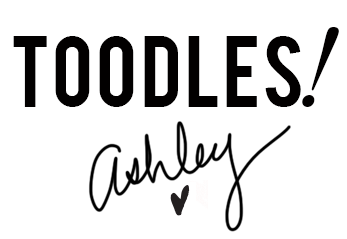