Be My Guest: Clubhouse & Cocktails

Note: If you're not down with Bravo TV, you can stop reading here. 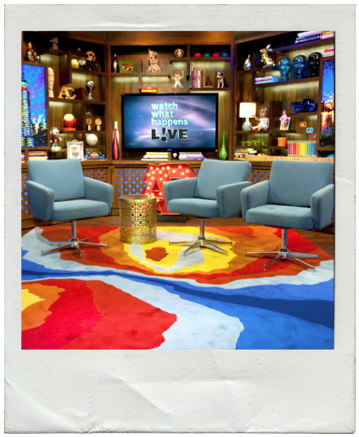 Mazeloha, readers! It is no secret that my greatest guilty pleasure would have to be Bravo TV. While I would love to be one of those sophisticates who spends their free time revisiting classic literature, I like to unwind with trash TV. I'm on a first-name basis with most of the characters, and I've never met a Bravo series I didn't enjoy. Okay, it did take me awhile to get attached to The Real Housewives of Miami, but Mama Elsa's appearances kept me slightly entertained.

Each day, I look forward to sitting down on our couch and catching up on my Bravo stories. And it's not just the variety of series that I love. You see, Missouri-native and Bravo exec, Andy Cohen, has m' heart. He's stylish and quirky and somewhat awkward in front of the camera. He owns it, and I love that about him. Where else will a Mazel and Jackhole be crowned nightly? Drinking games and pleading the fifth are the norm. I'm a little embarrassed to admit that I tune into his late-night show religiously. I haven't felt this way about a daily show since Tom Brokaw hosted the Nightly News. It's pathetic, but true. What can I say? I love a man with character.

I'll admit that this AC in the NYC obsession is a bit out of control. A few weeks ago I was prepping for my in-laws and their impending visit. I caught a quick episode of WWHL and learned that one Bravo super fan would get the chance to fly to New York City and mix cocktails as the Clubhouse bartender. Are you kidding me? That sounds like heaven. And if it wasn't for my hefty to-do list and visitor preparations, I would have been ALL over that! I think we can all agree it's a good thing that I was a busybody, because I could have come off as a fatal attraction. I'm thinking a restraining order would have been inevitable.

Weeks later, I'm still thinking about my fictitious essay. Had I submitted my 500-word ode to Bravo TV, I'm sure it would have been illustrated to look something like this post. It's proof of my super fan status. While I still think I should be flown to the Big Apple to play the role of mixologist, I thought I'd whip up my idea of the perfect Bravo shindig. Chin-chin, dahling! Don't tell the Countess she wasn't invited...

So, here's the deal.... Andy loves a jumpsuit. Truthfully, it's flattering on so very few. However, at our imaginary soiree, we'll all be donning this silky and sleeveless throwback to the 60s and 70s. Those with long locks will be required to wear a side-pony. No exceptions. Please abide by all Clubhouse rules: get to know your bartender -- Nick the foodie-- and put your best foot forward -- wear your glitziest and highest of heels. Guests should plan to receive a basket of swag when they arrive. It's complete with a bottle of Skinnygirl Margaritas and Mazel shades. That's better than any gratuitous Giggy moment, I promise! 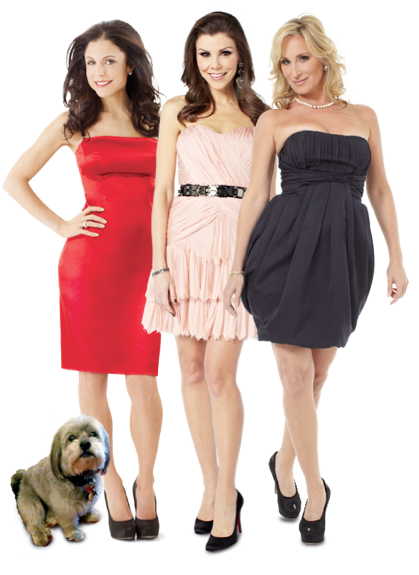 Bethenny Frankel:
It's no surprise that I love her -- she's witty and her honesty is refreshing. Aside from Andy, she'd be the first I'd invite! And while we're at it, she might as well bring her feisty fido, Cookie. I just adore that dog!
Heather Dubrow:
I want to see this prim and proper housewife hit the sauce and let loose a bit. This party wouldn't be complete unless I heard her say "Champs" in lieu of Champagne. I also want to get the skinny on Vicki and Brooks. Do tell!
Sonja Morgan:
Of course Miss Morgan would be responsible for the party hors d'oeuvres prepared by her very own toaster oven. 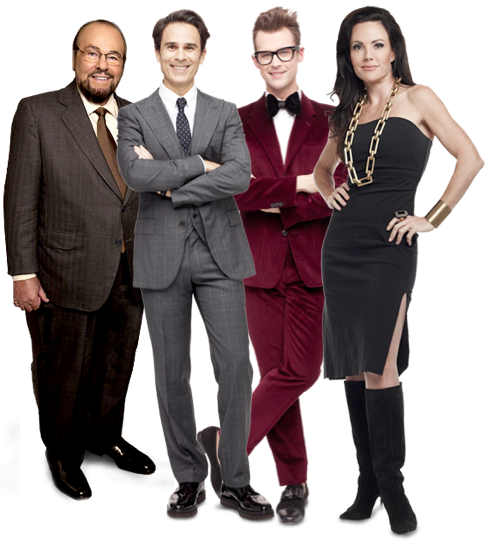 James Lipton:
I hope he shows up with a stack of index cards, but this time I plan on asking him his notable 10 questions. Favorite word? Least favorite word? Noise you love? etc.
Gary Janetti and Brad Goreski:
Much to my surprise, my favorite couple planned a flash mob in my honor. You really shouldn't have!
Mary McDonald:
While I attempt to come off calm and collected, I'd secretly be hoping that Mary would invite me to her home. I've been admiring her aesthetic since I first heard of her in Domino magazine. Maybe our equally nutty personalities would hit it off? 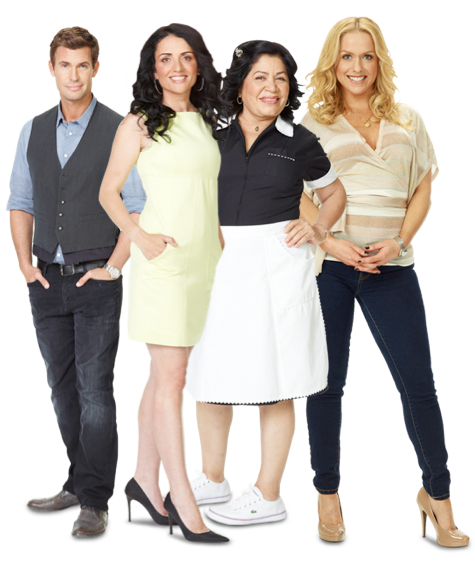 Jeff, Jenni, Zoila, and Sara:
Along with The Real Housewives of Orange County, this cast is Bravo royalty. I'm eager to hear the banter between Jeff and Zoila, listen to Jenni drop a few beats, and see Sara's odd wardrobe choices in person. My biggest goal of the night? Fly under the radar so I'm not mocked by Jeff. He can be brutal! 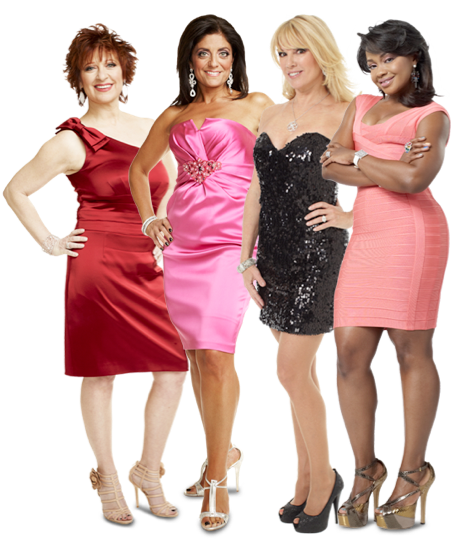 Caroline Manzo:
I want to find out what happened between her and Dina. Perhaps this discussion would provoke her into saying "Our family -- we're as thick as thieves."
Kathy Wakile:
She's a New Jersey sweetheart who would show up with Cannolis, cookies, Rich, and Rosie.
Ramona Singer:
This party wouldn't be complete without turtle time and the Ramona coaster. I've got to see those crazy eyes in person. Maybe Miss Singer could teach us how to Dougie?? Oh, yikes!
Phaedra Parks:
Everybody knows that you can't have a Bravo soiree without Mrs. Phaedra Parks. I want to find out how the funeral business is treating her and whether or not my hindquarters meet "donkey booty" standards. 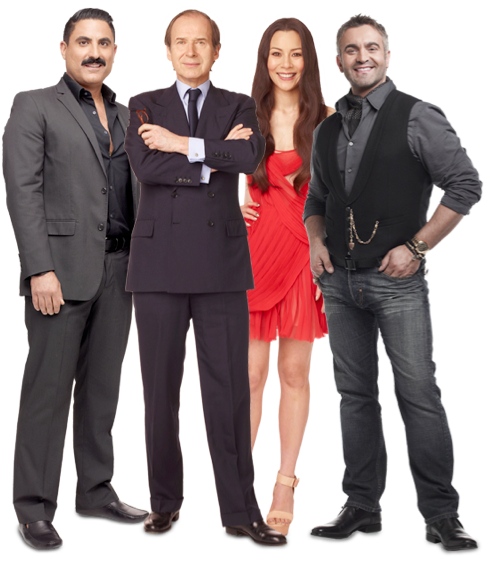 Reza Farahan:
This Persian hot mess looks like a good time. At my party, he won't need MJ. I'll be his sidekick instead. His mustache and snarky one-liners are unreal.
Simon de Pury and China Chow:
I find the Work of Art mentor and host absolutely fascinating. I think I'll corner Simon and China and talk Warhol and Rauschenberg. And what's up with The Sucklord?
Martyn Lawrence-Bullard:
I'm not sure I'm even supposed to be in the company of someone so chic and sophisticated. If this gold-leaf design god refers to me as dahling just once, I can die and go to heaven. 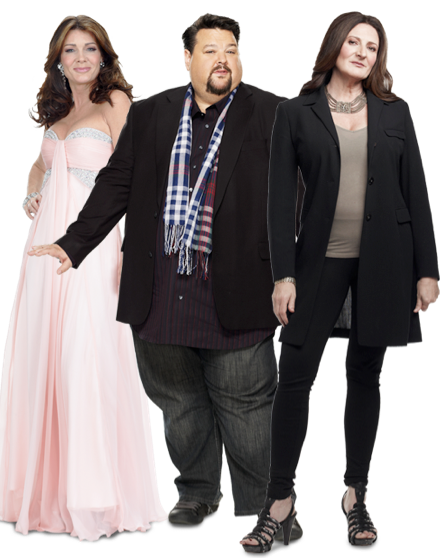 Lisa Vanderpump:
She's a charming and lovely Brit and she seems to make Andy weak in the knees. If I can get an in with Lisa and Giggy, I'll surely be invited back to the Clubhouse.
Chris March:
I'm mad about this creative costume designer and his vivacious personality. By the end of the night, he will promise me some sort of outrageous couture getup and matching wig. I'm sure of it!
Kathryn Ireland:
Unlike Martyn Lawrence-Bullard, Kathryn will not have to ask me twice to come out and play. I'll recharge my creative juices with her any day. How about some calamari and bacon-wrapped dates? I, too, like lots of food and imbibing.


And finally, what would a party be at the Clubhouse without the shotski? Get it, Martha! 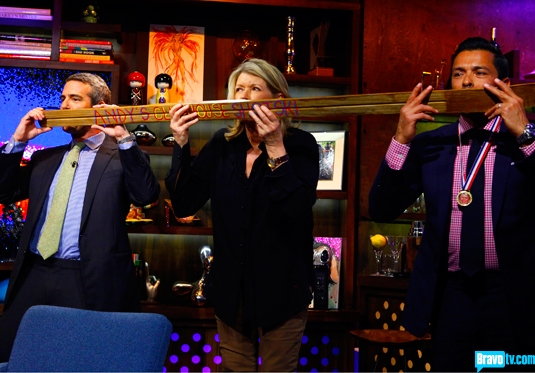 Well, I hope this post added a little wit and whimsy to your Wednesday...
Toodles, my fellow Bravo super fans!
ANF