Rewind 15+ years and you might be kind of surprised to learn that current Ashley is the owner of two large dogs -- Tripp (an autistic Golden Retriever) and Beesly (a cheerful Bernese Mountain Dog).
Slap me and call me, Ouiser Boudreaux. 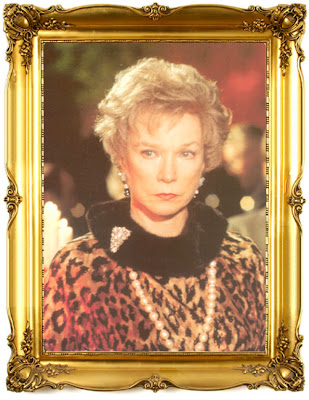 I was never that keen on pets. We went through our fair share of hamsters, a Guinea pig named Bob (asexual), and a cat named Barbara Bush (according to my mom) or Princess (according to my sister). In an effort to make me a little less frightened of dogs, my parents introduced our family to a Chow, named Tater Tot (aka Tate), and later on to a Golden Retriever named George (as in our 41st president). George was an unruly and stubborn Golden, but he "looked pretty in my bedroom," so I finally embraced him during the middle school years -- even if that meant vacuuming my room twice a day. Can you say hair and slobber?!? For this very reason, I feel justified in thinking that it was normal for a girl in the 7th grade to enjoy her daily vacuum routine (I still do).

Now that you're aware of my OCD'ness, I'll move on to the teenage years. George passed away and our family became proud owners of Schatz (a personality-plus West Highland Terrier, which my dad refers to as a Courtney Love doppelganger) and Maggie (our beloved Black Lab). We even bought a Jackson Chameleon and named him Bruddah Iz when our family moved to Hawaii. Eh, you da kine ah? Enter college in Missouri and marriage, and I'm suddenly without my family dogs. Hmm... 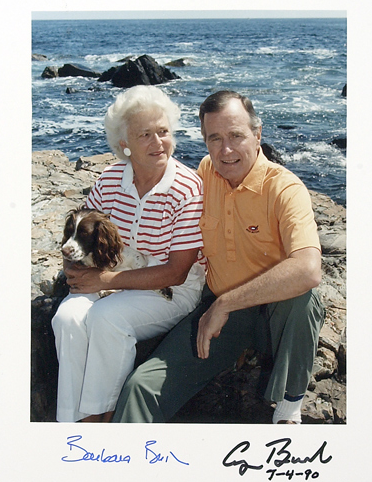 So what do you do when you're newly married and not ready for kids?
Buy a pet (or two)!
As a gloating mother, I'll try to keep this next part brief. Consider this my brag book.
Tripp "Big Guy" Fine
(It's merely a coincidence he shares the same name as a Palin. We named ours first! The name in quotes was given to him by the breeder. How creative!)
Weight: 90 lbs.
Age: 7.5 years
Born in Missouri
We stopped by a Target to pick up some dishware and we left with this big lug of awkward love. We rescued him from a puppy mill in Missouri, where he was a stud. Unless he was used for breeding, he spent most of his time confined in a kennel. We got him and he was missing teeth and didn't bark (they told us they broke his vocal box). We had no idea it would take as much work as it has, but he has my heart. I've learned more about patience in the past 2.5 years. From curling up in a corner and content to never leave our bedroom, this Golden is slowly getting his groove back. He still abhors walks and cameras, but has found happiness in water, rolling in the grass and chasing geckos.
"Stardust" Beesly Fine
(As in Pam Beesly, from The Office. We're big PB&J fans! The name in quotes is the breeder's name.)
Weight: 85 lbs.
Age: 2.5 years
Born in College Station, Texas
After having Tripp for 5 months and watching countless hours of The Dog Whisperer, we felt it was time to add to our brood. Perhaps a puppy would teach our recovering Golden how to be a real dog? We scoured the Internet for Newfoundlands and Berners (my favorite dog breed as a child). After 2.5 hours on the phone with a sweet lady in Aggieland, we were committed to bringing home a Berner. Although their meeting was a bit rocky at first, she's given him so much life. They're truly inseparable! She balances him with her jovial personality. She's everything I hoped she would be!

A whole post with pictures about your dog may be a bit much, but please don't worry about me!
This is just some strong puppy love we've got going on around here. While flyboy is gone, they're there for me and give me a purpose. They're always happy to see me and they give unconditional love. 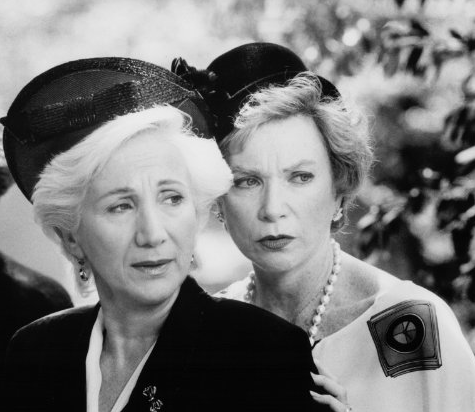 "The only thing that separates us from the animals is our ability to accessorize." -- Clairee Belcher (Steel Magnolias) 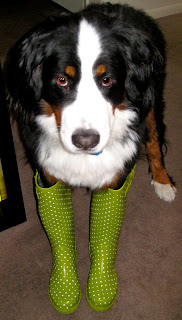 Around here, we beg to differ!