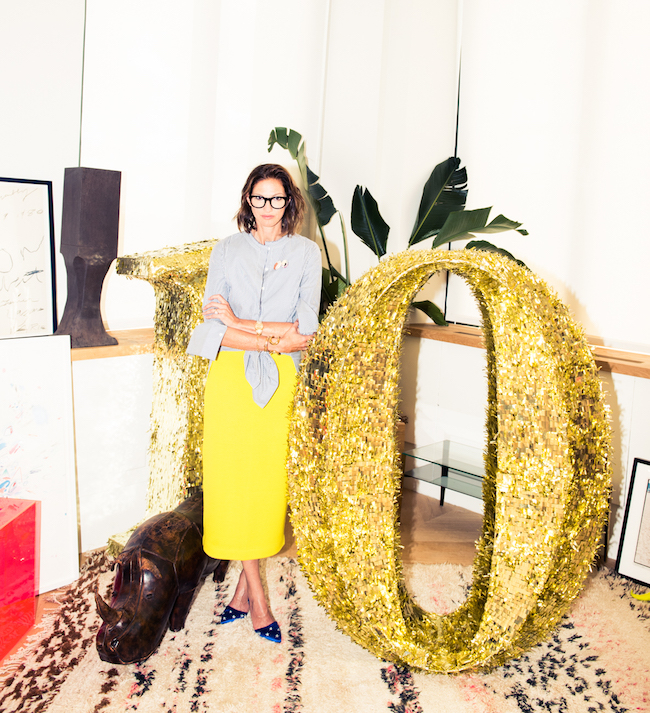 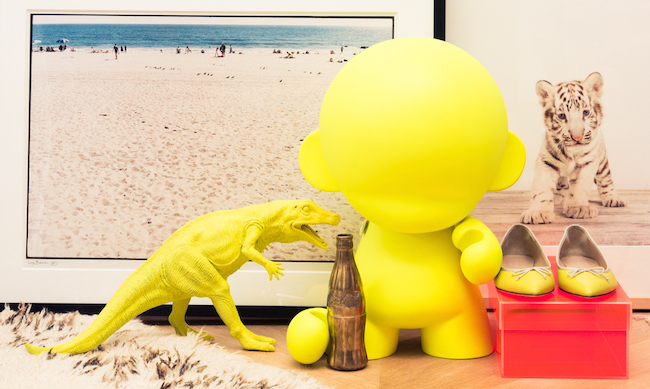 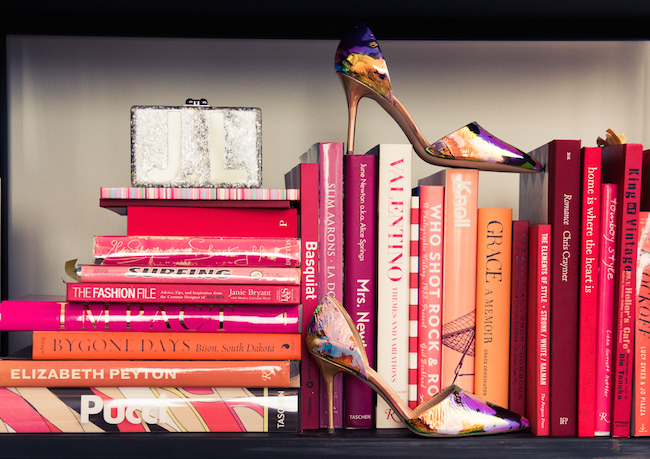 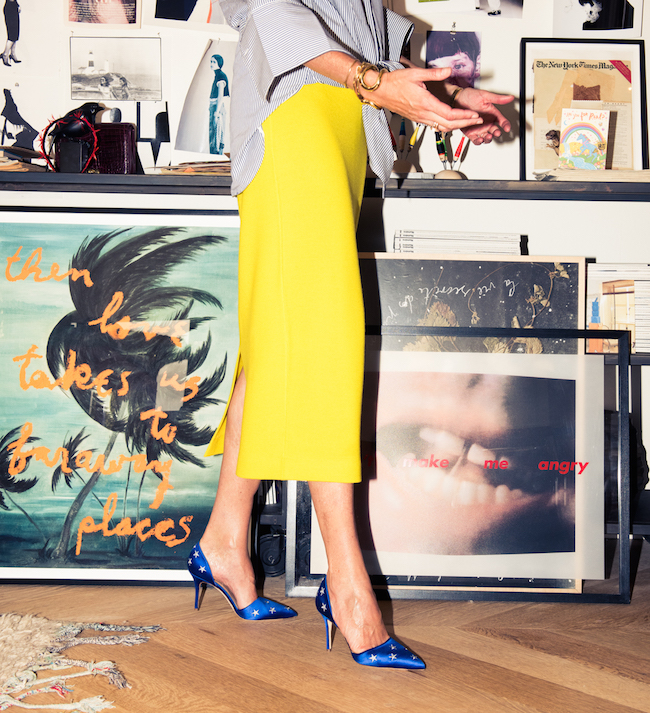 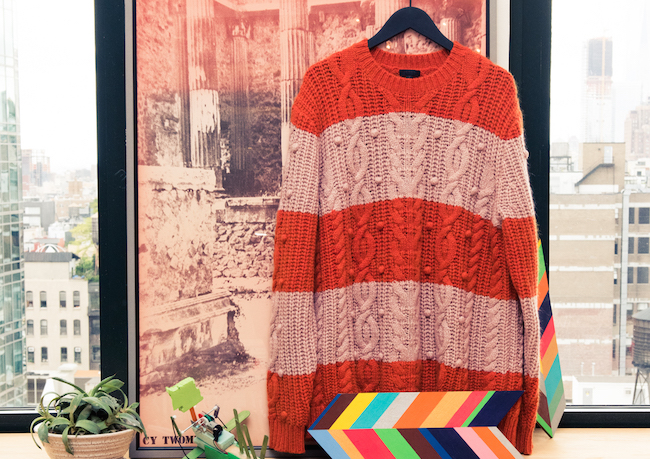 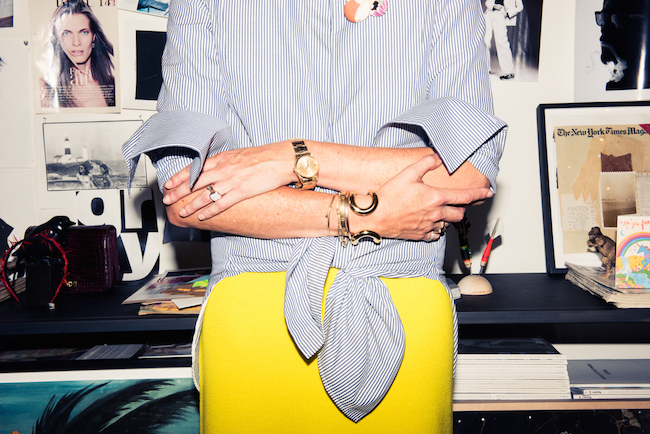 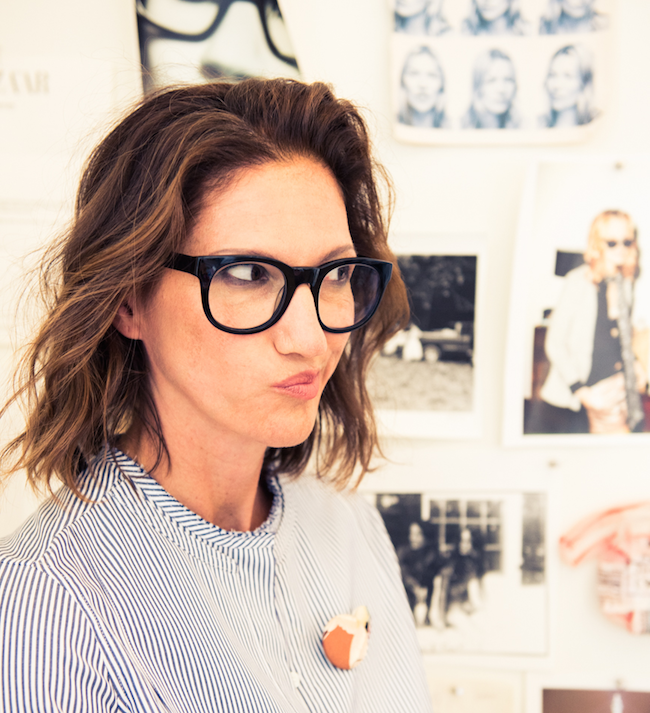 IMAGES VIA THE COVETEUR

THINKING ABOUT: As silly as it sounds, I often wonder if Max really likes me. When I found out I was having a boy, everyone loved to tell me how much boys adore their moms. To be honest, he's never been an overly affectionate baby. In fact, I can count on one hand how many times I think we've really bonded in the last year. Sometimes after a long day of tending to his every need, I can't help but compare the way he interacts with Flyboy to the way he is with me. It's just different. I feel like a giant goober because it makes me emotional and slightly jealous. For instance, I even contemplated buying the babe a Tickle-Me-Elmo (oh, lawd!) this week when I saw how much he enjoyed a Sesame Street card my grandma sent him. When I tried to woo him with the annoying talking stuffed animal at the store, he wasn't entertained. Clearly I'll stoop to new lows to win this kid over. Also, babies love paper, cardboard, etc.

FEELING: In less than ten days, my parents will arrive!! Woo hoo. I'm feeling all the feels as we near Max's first birthday. I can't help but reminisce about their visit last October and how so much has changed since then. I really don't think I could have survived these last twelve months without them. They've been on the opposite end of many phone calls and text messages offering encouragement through humor and wisdom. They're the kind of support you want when you venture into an unknown like parenthood.

THANKFUL FOR: As soon as we arrived at Walmart last Tuesday, I immediately questioned my decision to run errands. Max is teething (AGAIN!) and spent the majority of our trip into town serenading me with painful sobbing. It wasn't pretty, but I was certain that biscuits and teethers would help us survive this quick errand. Unfortunately for all of us in the store, the babe continued to cry off and on. Son of a bee-sting! That was, of course, until a portly gentleman wearing a camouflage cowboy hat with missing teeth walked over to our shopping cart and mumbled, "That's a cute baby right thurr." Max was mesmerized by the guy's facial hair and thick southern drawl. I got the impression our new friend expected Max to smile at some point, so I tried my best to get the love nugget to lighten up and flash the stranger a little smirk, but then I realized that Max would leave the grinning up to me. Grrrreat! After parting ways, I noticed my child spent the rest of our time at the store silent and sweet in a peaceful trance. Things quickly changed when we got to the car and I couldn't help but wonder if I could get that man to come back and work his voodoo on Max.

EATING: If you're in the mood for a little baking, I highly recommend this Greek Yogurt Banana Bread via Running with Spoons. It's an incredibly tasty and healthy-ish way to get rid of ripe bananas. The bread is made without butter or oil, but so soft and tender you'd never be able to tell—just as the blogger promises! I've whipped up two loaves since I initially stumbled upon the recipe and we're all pretty crazy about it. If we're not careful, Max tends to gobble the majority of the bread leaving the rest of us with zilch.

LISTENING TO: Awhile back, in an attempt to prepare dinner and keep the little merp occupied, I handed Max a cardboard tube from an empty paper towel roll. Since everything goes in his mouth and runs the risk of being swallowed, I covered both ends of the tube in washi tape for a little colorful reinforcement. I never expected his "toy" would last this long or that he'd still be so interested after six weeks, but he loves it. Until recently, its primary purpose was to wave around in the air and bang things; however, on Tuesday, he began putting it up to his mouth like a party horn and making sounds. It's hilarious to watch and helps me keep track of him as he zooms around the house. I'd call that a win-win! Who needs toys anyway? More Tippi sweaters for me.

WATCHING: Can we discuss Ladies of London? I'm fascinated by Caroline Stanbury's friendship with Juliet Angus—such an unlikely duo! There's just something about Caroline that scares the bejeezus outta me. As someone who sports a resting bitch face more times than I care to admit, I get it, I really do. But why must she look SO unimpressed? It's clear she has very little time for silly shenanigans. Perhaps she's a sucker for Juliet's snark? Or maybe I'm just a tiny bit jealous because I wouldn't mind rubbing elbows with Juliet myself. Sure, some of you may find her obnoxious, but I find her oddly endearing. Hey, maybe Caroline and I are more alike than I thought?! I can already see us buying 'Merican snacks like Goldfish crackers for our kids at Partridges while reminiscing about how much we both miss Target. As budding besties, she would also have to let me borrow the Isabel Marant number she wore LAST season. I still have dreams about that tunic/kaftan! Swoooon! Oh, and don't even get me started on Marissa. She's the worst!

READING: About three weeks ago, The Coveteur featured an interview with Jenna Lyons and I've kept a tab with it open on my desktop ever since. I continue to revisit the article and images because it oozes with inspiration (mylar fringe, neon dinosaurs, shiny ponies, shelfies, etc.). Have you seen it? Color me besotted! Every time I flip through the photos, I come across a quirky new tchotchke displayed in her office, or I notice the way in which she effortlessly ties her shirt and I'm left more smitten than before. There's just something about her that makes me silly giddy. I get the impression that she's humble and approachable—two traits I adore most. In fact, I think I might just keep some beef jerky handy in my tote, just in case we ever run in to one another.

LOVING: Max likes to use my legs to pull himself up. Sometimes I convince myself that he's not just being resourceful and that he really wants to give my leg a hug. It's only when he bites on to my pants that I remember this entire act has very little to do with affection. But hey, for a hot second, it almost felt like a sweet little moment! I'll take whatever I can get.


Enough about me. How are you feeling today? What are you up to? Thanks for stopping by!!